I've spent one and a half days re painting the hallway wall and hanging my Barbola mirrors. They're very pretty and would be perfect in a bedroom but sadly I don't have the wall space so my hallway is getting a bit of a girlie feel.

There's no point having lovely things and not using them. Mirrors are no good in a box. And I do like to see collections displayed. 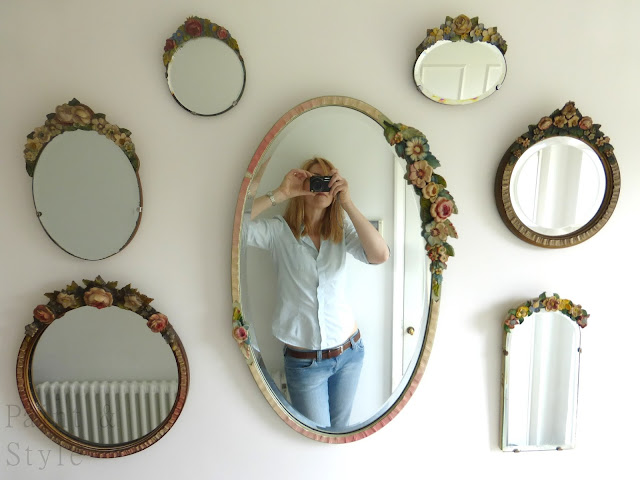 None of my Barbolas have cost very much. Even the large one was under a tenner. I had to remove some stands from the backs as they are often designed to sit atop a dressing table. When you take them apart you can sometimes find dates inside.

Look at the original colours inside this one... 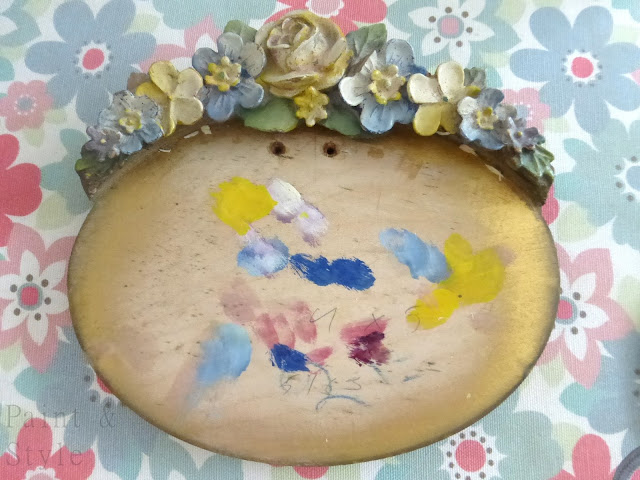 Much more vivid than they are now but the muted colours are what I love about them. 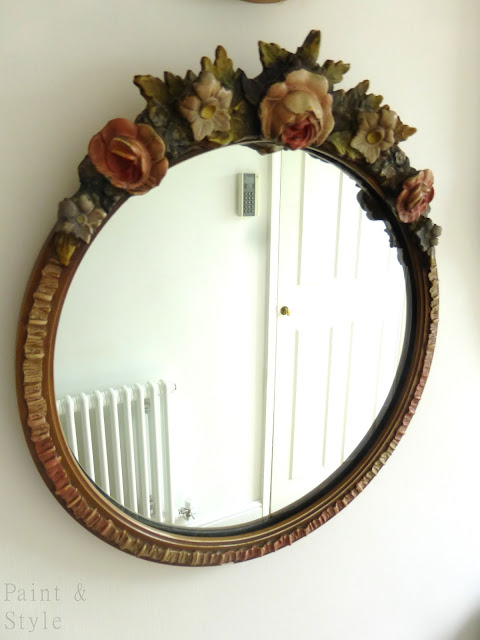 This one above is dated 1946 inside. I believe they can date from the twenties to the forties and they're English. 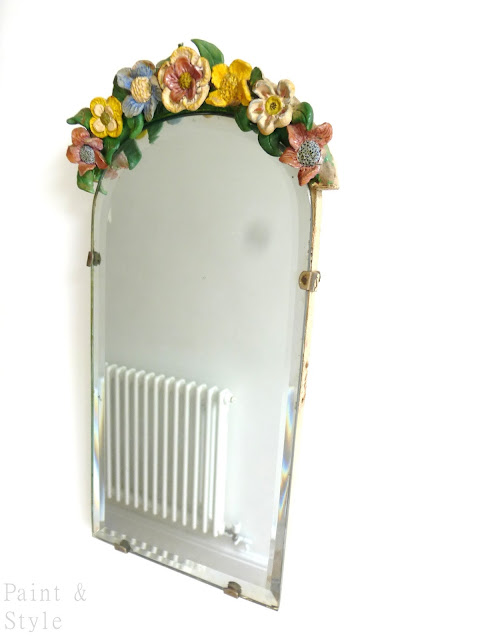 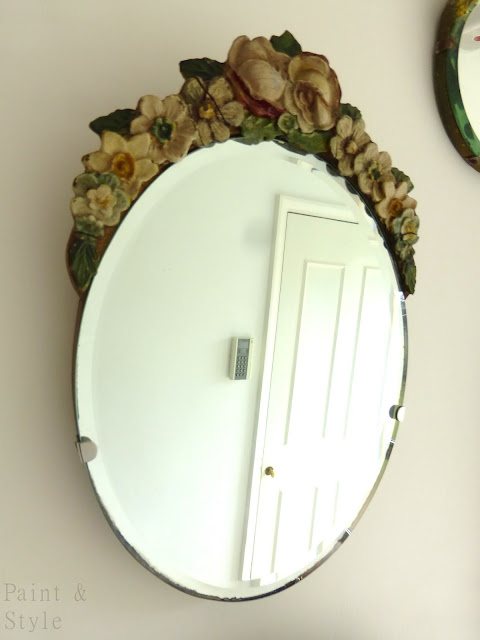 They're often cracked or damaged. That's good. It means they're original. 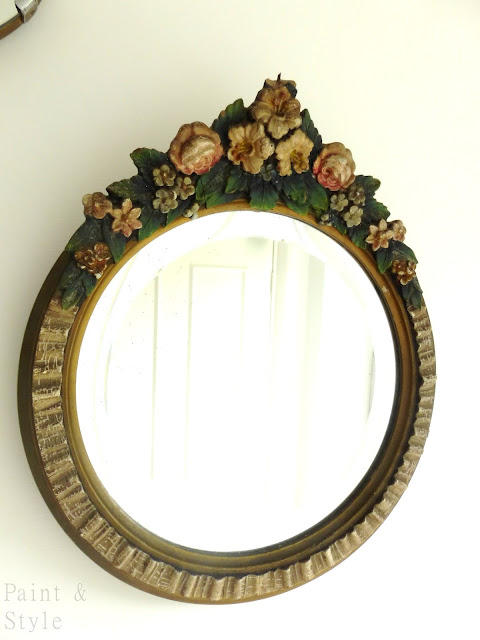 I'll show you the before picture of the hallway... 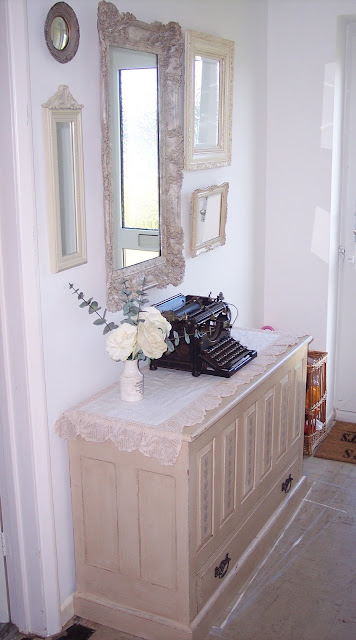 This is before we replaced the floor. The large monks chest is now in my bedroom and has been swapped for my funky table which used to live behind the sofa...

I liked the old mirrors but the big one is a bit grand. We are not grand. Our ceiling height doesn't allow for grandness. If we had high ceilings we would be as grand as grand can be. Oh yeah. 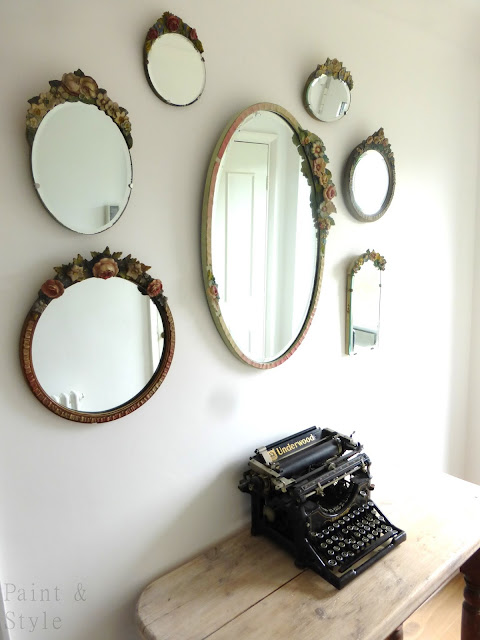 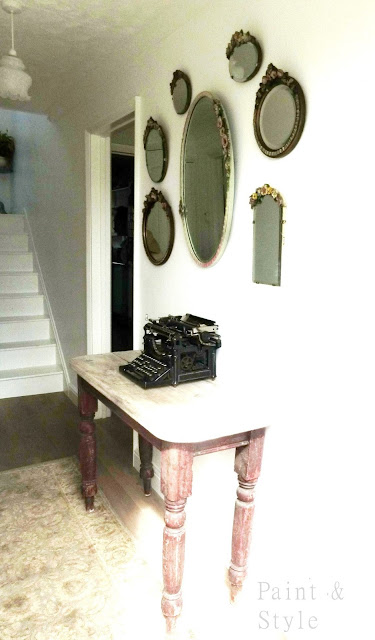 Obviously it's not like this in real life. The table is a dumping ground for keys and post. Under the table are a stack of boxes for ebay posting. School bags litter the floor. But this is how life could be if I really tidied up. Or had a porch.

Speaking of tidying, I haven't 'styled' the living room yet so no sofa pictures to share.

But as promised, here's the taxidermy our neighbours left out on the drive for anyone to take. 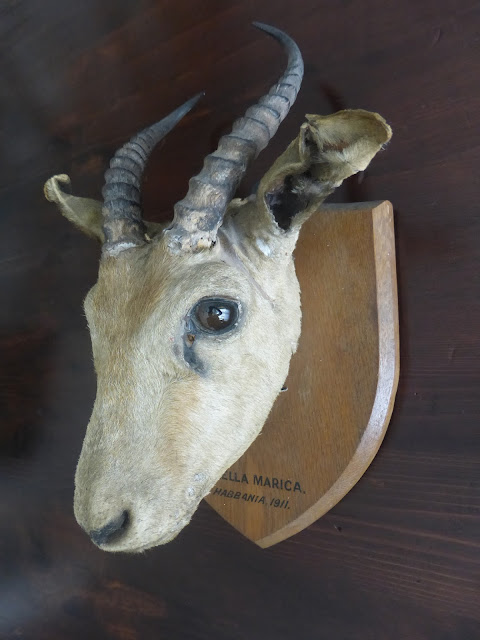 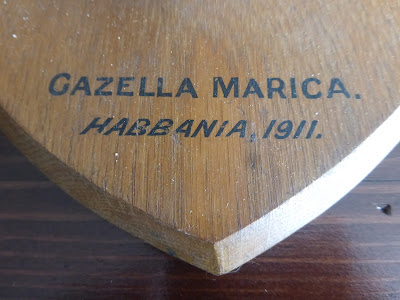 I'm not entirely sure where we'll put him. The lady said it had been in her family for 100 years and it had lived in her Grandads hallway. I don't know how she could part with him.

I'm working on a dining table for my friend so I'll pop back soonish with that. Stay cool in this heat!