It's been almost nine months since I last blogged. I need to get this post over with and tell you what's been going on. 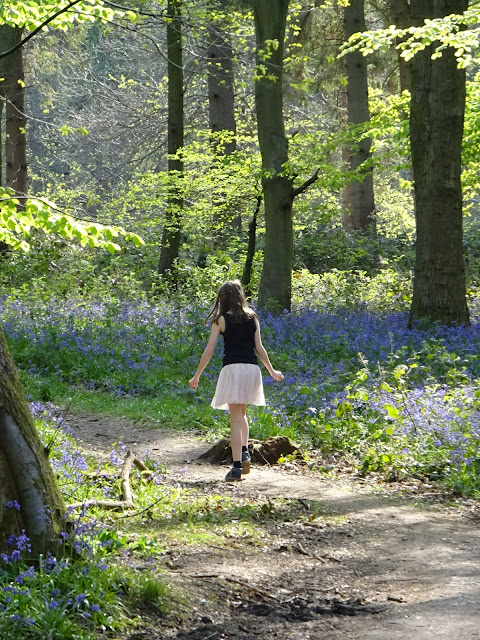 In August last year, my daughter finally got to see a paediatrician after almost a year long wait. She was referred because she had coordination problems (nothing new) and we thought she might be Dyspraxic. In the year that we waited, she saw a Physiotherapist and an Occupational Therapist who assessed her strength and coordination and gave us exercises to do at home.

Within ten minutes of being with the Paediatrician, things got weird. He found she had no leg reflexes. He made her do peculiar things like stand still and close her eyes. She couldn't do it without falling. He found a problem with her back that we didn't know existed. And he was really interested in her feet.

The doctor was concerned. I was there to find out if Connie had Dyspraxia. He said he wanted to send her for blood tests, a brain and spine scan, a nerve test and a muscle test. He was going to refer her to Great Ormond Street Childrens Hospital. My world shifted.

You know how doctors don't want to alarm you? They say they just want to rule things out. I was too shocked to ask him what he was looking for. He mentioned that maybe the coordination part of her brain just hadn't grown properly and that was as far as he'd go.

Leaving the doctors with my mind reeling, we then had to go and see a bloody film. I even let her buy actual sweets at the cinema instead of smuggling them in. I just felt so overwhelmingly sorry for her.

The minute she was in bed that night, I set about googling the tests the doctor had done. They had names. Failing them meant one of half a dozen things. So I googled them, one by one. There was this one condition that ticked all the boxes. It was also the worst.

My husband and Dad (my confidantes) wouldn't listen. They didn't understand that I hadn't just been randomly googling, but that I'd googled the specific neurological tests the doctor did. Their response was, ''Don't worry.'' I threw myself into building the wardrobe. It was my therapy but my heart was breaking.

Lots of tests followed and after five months, during which time every other thing had been ruled out, we got the DNA results back and she had tested positive for that one rare and horrible condition.

I'm not going to name the condition here. I don't like saying the word. I also have to protect Connie's privacy. This is a condition which is degenerative, disabling and life shortening. There's no cure and no treatment. It's going in one direction and we have to be careful who we share that with. You guys are fine because you don't know our real names or where we live. You won't find my blog by searching the condition.

Our worlds fell apart. The hardest thing was knowing that we had to make the best of things and be fun parents when fun was the furthest thing from our minds. My husband had a nervous breakdown. He'd buried his head in the sand for months until the very last possible alternative condition was ruled out and he had to face facts. He cried night and day, didn't sleep and couldn't function. I was five months ahead of him emotionally and I was able to get him help.

It's been a difficult time. During the lead up to diagnosis we were looking at secondary schools, not quite knowing if we'd need wheelchair accessibility to be a factor. We applied for schools with the added burden that we had to get this right. Where other kids might put up with a bad time at school and go on to do amazing things with their lives, ours would not. The school situation added insult to injury. We were rejected on Social and Medical grounds TWICE. It was absurd and incredibly distressing.

We've dealt with shitstorm after shitstorm. We found out Connie has a heart condition. We found out that she's likely to be at the severe end of the scale. There was the time one of her friends asked her if she was upset because she was going to die young. (She wasn't aware of that.) The time the Senco at school said they would no longer support our choice of secondary school. The time Connie spent 14 hours in A&E with chest pains. We've had to figure out as we've gone along how much to tell Connie and when. You don't get a manual or counselling with a diagnosis like Connie's.

We're adjusting to a different path. It's not the one we thought we were on but it's Connies path and she's been on it from day one. She was made this way. The future we thought she had was never going to be hers.

We're working through a 'bucket list' of sorts. She's not going to die anytime soon but we have a lot of experiences to squeeze into what will be a short life. And this disease is progressive so she'll never be better than she is today.

It's funny but Connie has never been happier. The diagnosis means none of her inabilities are her fault. People are kinder at school and she gets chosen for things now whereas she never was before. She's ten and ten year olds tend not to dwell on things. She'll just grow up knowing about her condition. From time to time as she grows up, aspects of it will really hit home and cause distress. We have all those teen years to come.

On a practical level, we have to build a downstairs extension for a bedroom and a wet room for when she can no longer get upstairs. We may have to take some walls down too.

I've done nothing to the house, nor picked up a single tool for six months until very recently. I guess it's been like a kind of depression. I haven't wanted to do anything.

As for this blog, I will continue. This won't become a disability blog. We won't be the poster family for this condition. It's not MY condition. I have my support network in place now so I won't be bitching about it on here.

I WILL continue to share the walk in wardrobe and the little built in cupboard I'm just making in the living room. I've enjoyed EVERY MINUTE of that. Apart from the hinges. Hate hinges.

So please bear with me. It's good to be back.

One last thing; somehow I managed to delete my entire blog list. If you've gone missing from my sidebar please let me know and I'll add you again.