We may have gone overboard this year. 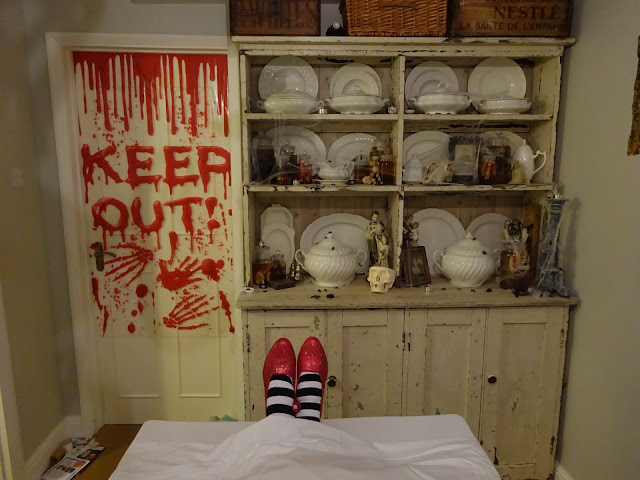 We're not having a party, more of a Haunted House experience for our Trick or Treaters. We don't normally get any as we're on the edge of town so I have leafleted the area to lure people over here. Connie and her friends will have lines to say. Should be fun... if anyone comes. If they don't, we have a lot of sweets to eat. It's a win/win situation. 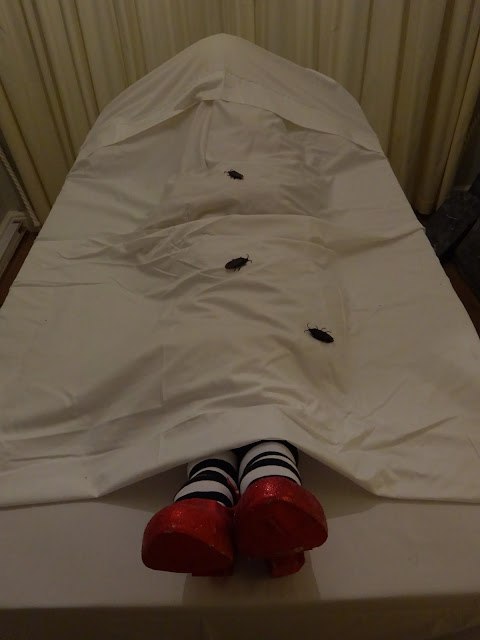 Shall I tell you my ghost story? It happened four or five years ago I think. It was between Hallowe'en and Christmas. 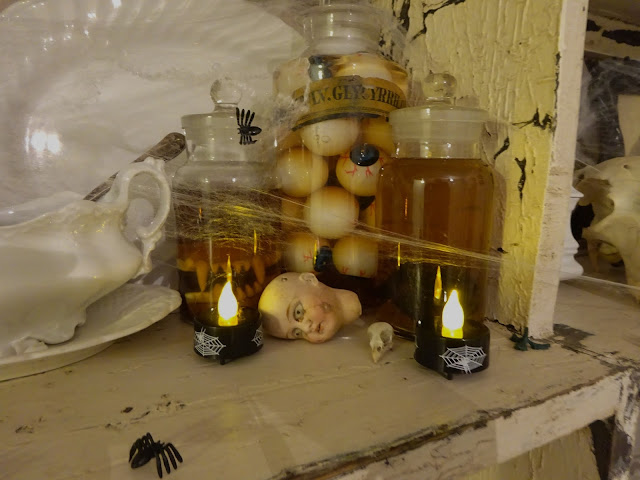 One evening my husband was out. My daughter was upstairs sleeping. I was in the living room with the cats. The telly was on. 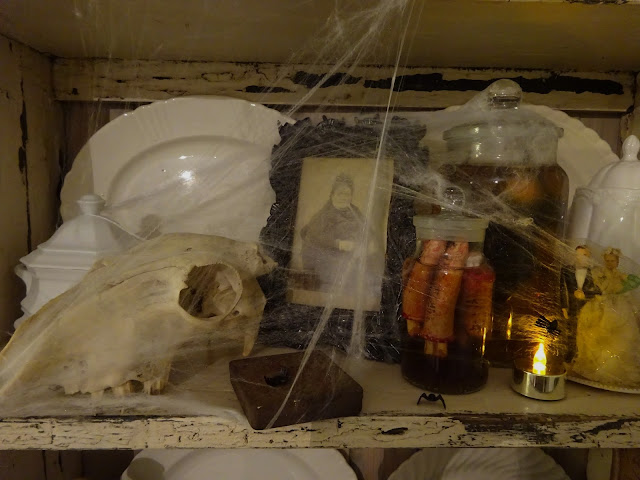 Suddenly both cats jerked their heads up to look at something in the hall outside. There was nothing there. The cats were frozen as whatever they saw really caught their attention. And held it. They stared, transfixed for over a minute, then finally relaxed and looked away again, settling down. A minute can be a long time. 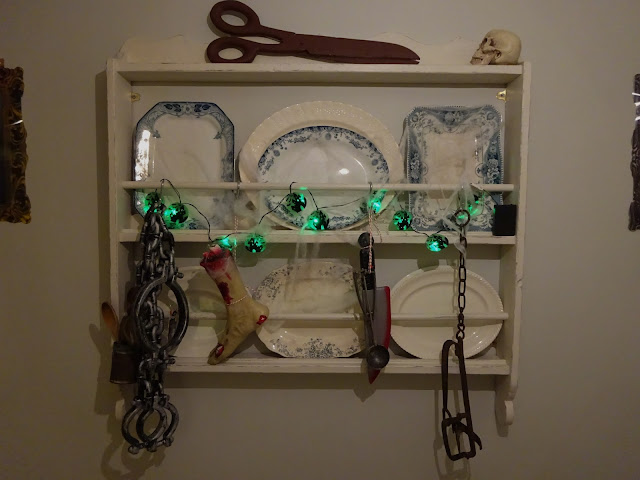 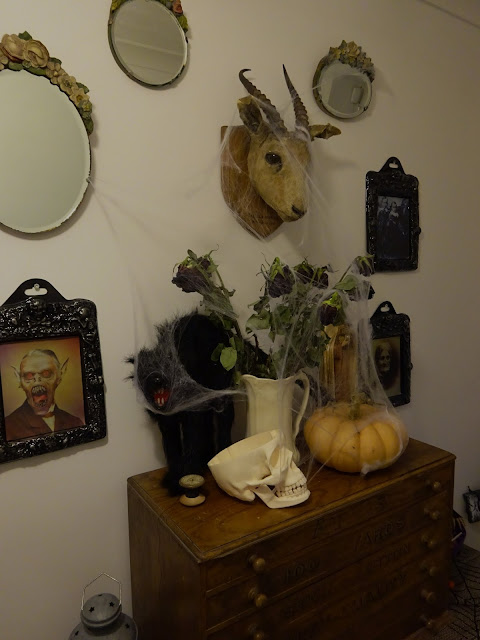 What I found in the hallway was an overpowering smell of mens aftershave. No mistaking the smell. It was intense. I went upstairs to check on my daughter and she was sleeping soundly. I wasn't frightened. I just thought it was really odd. 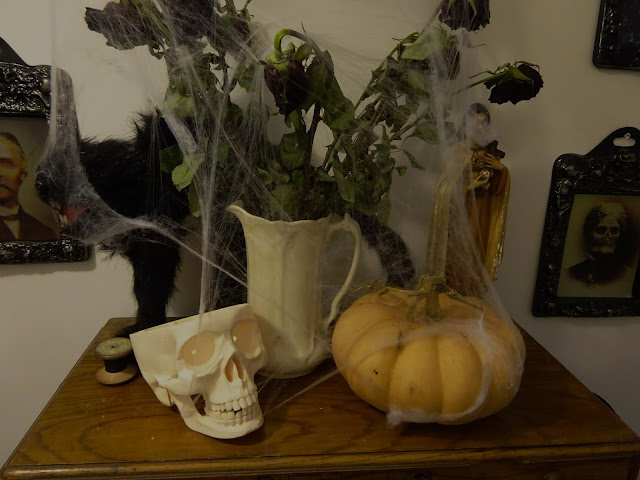 I spent two years with a man from Kosovo who thought it was a good idea to wear two aftershaves at once.
You know, mix it up a little.
Create a little blend.
Yes, I did. Two whole years.
I am an incredibly tolerant human being. 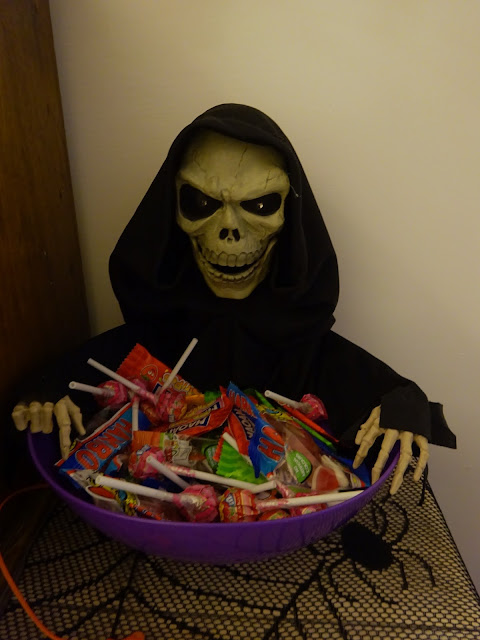 When I smelled this overpowering fragrance I actually wondered if he had died and come to say goodbye. You know, apologise for being a total dick. Something along those lines.
(Our love did not end well.) 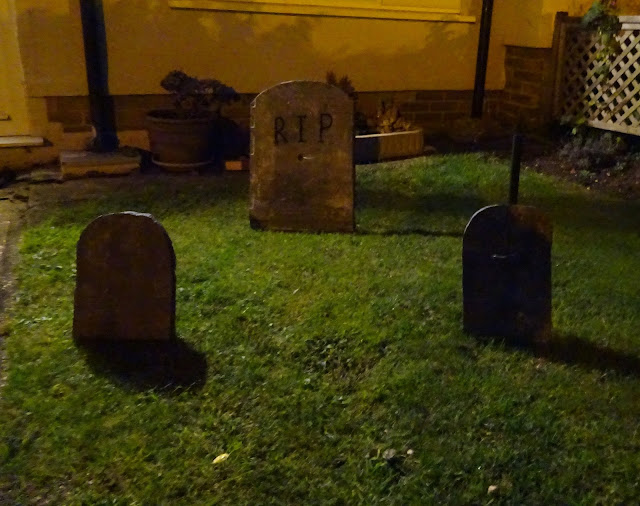 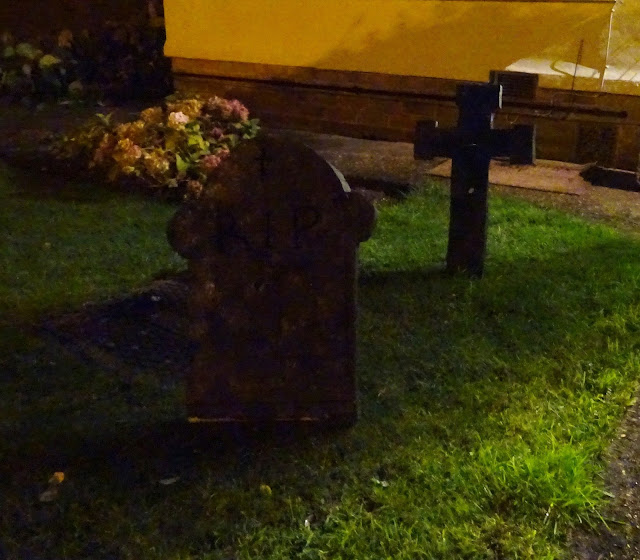 I have my suspicions about people who used to live here. I've heard stories from several sources. I wonder if it was one of them. 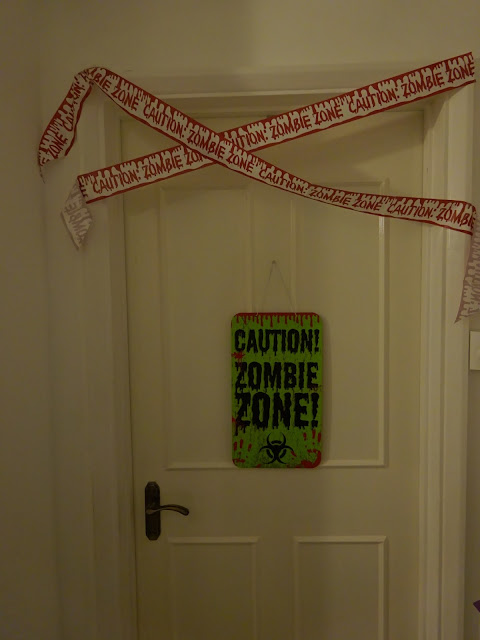 It's never reoccurred. I have occasionally felt afraid when going to bed but I tend to be rational and practical for the most part. 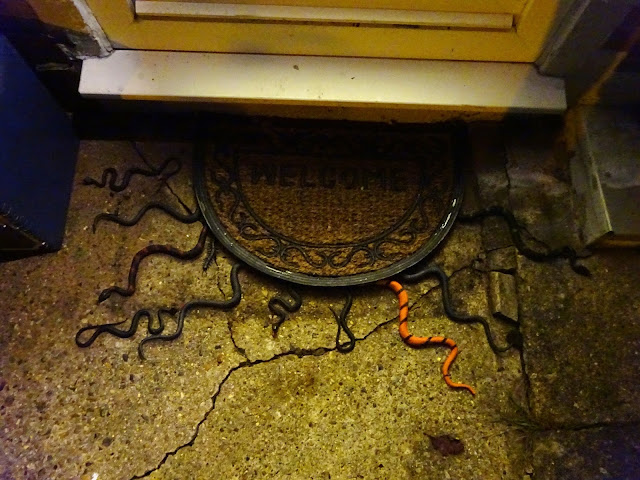 I had an odd thing happen in my last house too. Every night I'd shut my door, get into bed and turn out the light and the door would open, just a little. The door mechanism was one of those little roller ball catches, you only had to push the door open or closed, not turn a handle. But still, it was odd. Was it an ill fitting door frame do you think? Or some spirit who liked the door left open? Who knows? Again, that was never frightening either. Just puzzling. 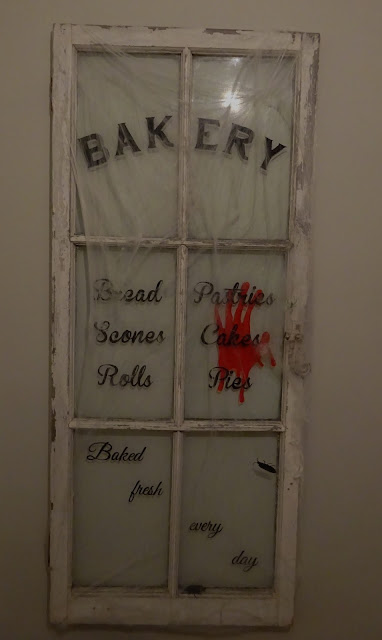 I'm definitely a believer in the supernatural. I've had many experiences. Known things I've had no rational way of knowing but known them nonetheless. Like I know that blue is blue. An absolute certainty.
I have a friend who has felt the same thing. Once, we might have been burned at the stake as witches. Nowadays, we'd be medicated. Times change but understanding hasn't moved on a great deal.

I'd love you to share your spooky stories in the comments below.

I must away, there are pumpkins to be carved and fairy lights to unravel. I wish you all a fun filled Hallowe'en with more treats than tricks.

Down at the bottom of the garden...

I've been taking advantage of the mild dry weather to work on the shed. Like a woman posessed.

Are any of you familiar with the childrens book, ''If you give a mouse a cookie,'' by Laura Joffe Numeroff? 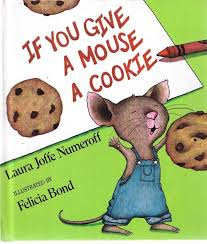 It goes, ''If you give a mouse a cookie, he's going to ask for a glass of milk. When you give him the milk, he'll probably ask you for a straw. When he's finished, he'll ask you for a napkin. Then he'll want to look in a mirror to make sure he doesn't have a milk mustache. When he looks in the mirror, he might notice his hair needs a trim.'' etc

Well, that was the story of my shed. My shed WAS that mouse.

The parts where the rain were coming in were growing in number so I decided to re roof it. I did my internet research and trotted off to Wickes for all my supplies.

I had one day to get it watertight before rain was due. Nothing focuses the mind like a deadline.
I had to strip off the old felt before I began and the minute I got up the ladder to begin, I could see why it was leaking. What little roofing felt that was up there was very patchy.
Inspect your shed roofs occasionally people!

The roof guy in the film I watched...


... mentions nothing of the woodlice, spiders and spiders nests you will find when stripping a roof! Eew.

My biggest fear was finding the roof boards completely rotten and having to replace them. Fixing an entire new roof on is probably beyond my capability. Luckily it was sound apart from one spongey corner. The best tool I found for the job was an upholstery tool called a tack lifter... 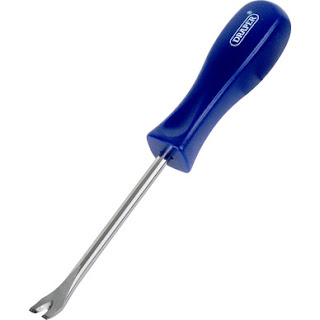 It totally sped the process up.
So here I am, well stuck in. My roof is a single slope. I did 2 layers, going in opposite directions. The first from one side to another, the second from the bottom up. Like tiles so the water will run off. 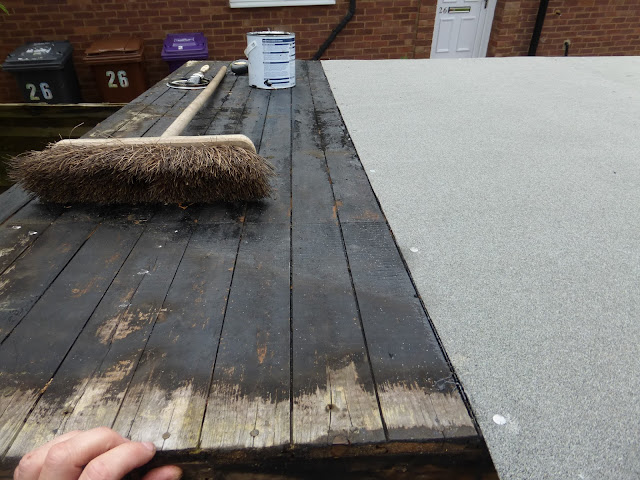 You seal the edges with the bitumin adhesive and use clout nails to hold it down. It's like wallpapering except you need to overlap the edges. As I was doing it solo I opted for the heavy weight roofing felt so I'd be able to weild the sheets onto the roof without them ripping. 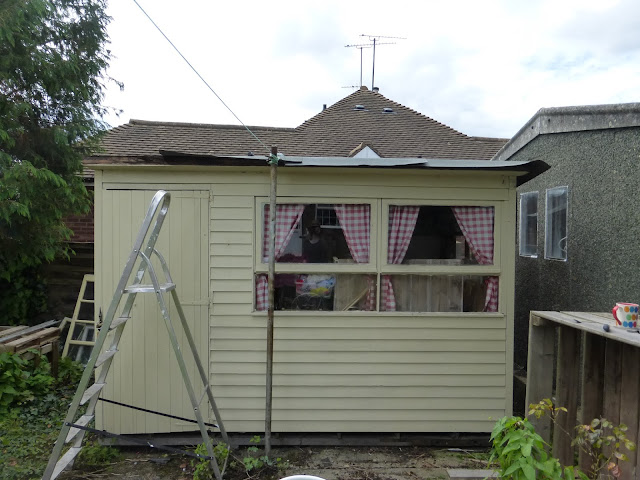 The bloke in the roofing video also forgot to mention the need for gloves and long sleeves. I got bitumin under my lovely new nails and had to soak them in white spirit to get it out. Also I skinned my knuckles until they bled and got a rash up the underside of my arms.

Once my two layers were on, I had to cut and fix down the edges. 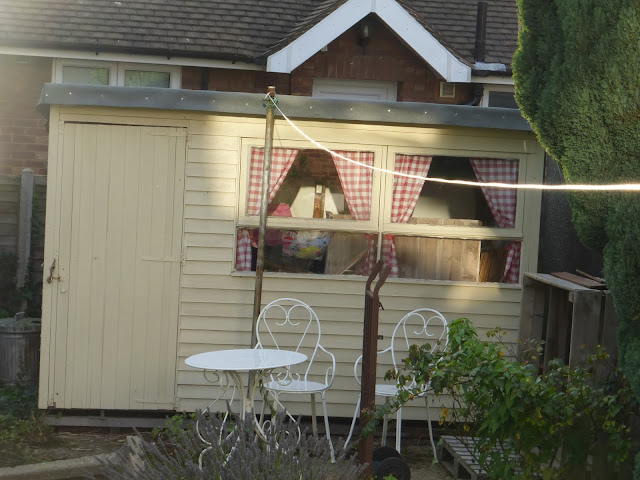 A typically wonky picture. I was seriously flagging at this point having been at it for 9 hours. 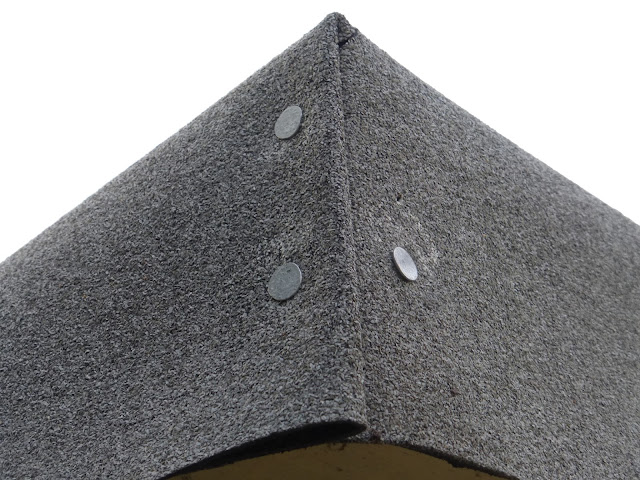 The rain came the next day and there wasn't a drop of water in the strategically placed buckets inside. Result!

Next I had to put back the fascia and bargeboards. Seeing as one snapped in the stripping process and they were a bit yucky I decided to get new ones. Finding the timber was a nightmare. In the end I used feather edge boards from a timber merchant to get the length I needed.

So I thought, instead of just putting back straight ones, why not make them pretty?

I made lots of measurements and divisions and drew round a glass to get a scalloped edge. I should have used a pencil and not lazily grabbed my daughters gel ink pen. The gel ink bled through my paint and I had to use a stain stopping primer over it. Lesson learned. 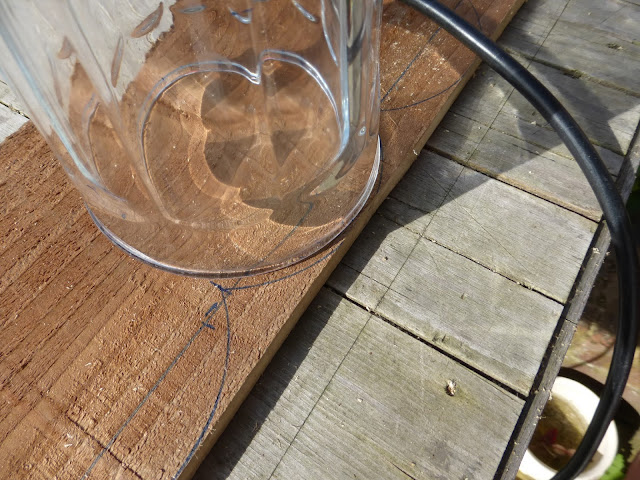 The cutting proved to be not so easy. I could manage one side of each scallop, 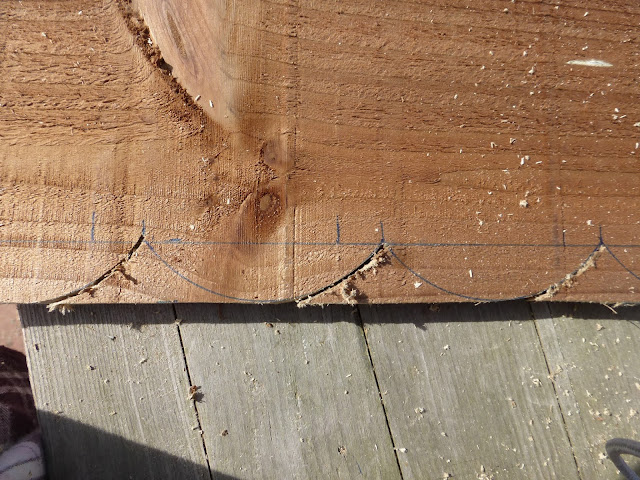 but not the other so I flipped it over and re drew the line on the back of the board... 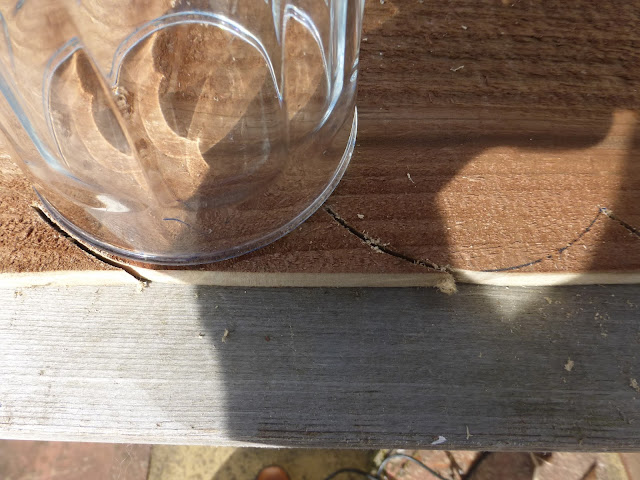 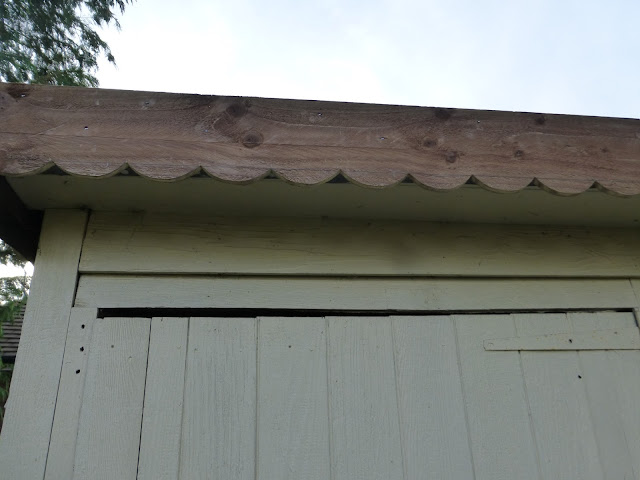 Wehey! Obviously, it needed painting now. But I couldn't paint it until I'd fixed the missing putty in the windows! See how it's becoming a massive job?

So back to youtube I went, watching hours of puttying videos until I felt I was a fully trained master glazier.
And boy, was I wrong about that! In the end I gave up on the putty knife and opted for a chisel, perhaps because the rebate was so tiny as these are shed windows, not house windows.

So where am I now?

I painted the trim and window frames (apart from the new putty which has to cure) a white colour and the rest of the shed Willow Green for a change from Country Cream. I like the contrast with the trim. It's never going to be a beautiful shed but it's a bit prettier now. And having watertight garden storage is novel. 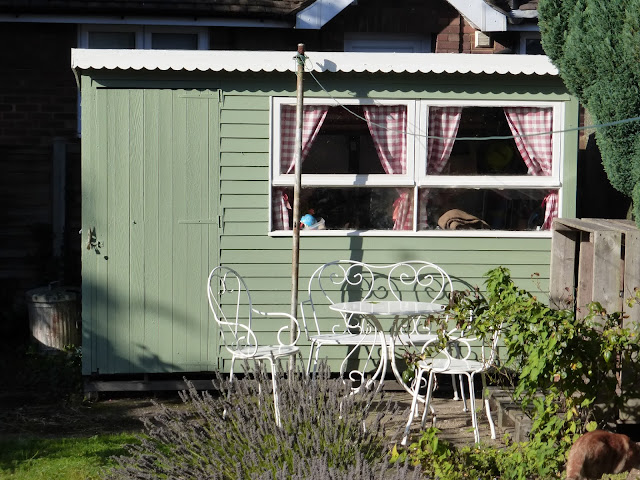 I spent a day emptying and hoovering the inside and reorganising the space.
All because it needed a new roof.
So, beware of what you start!
Now those red gingham curtains are not working with the green... {sigh.}

Back soon with a post on The Handmade Fair.