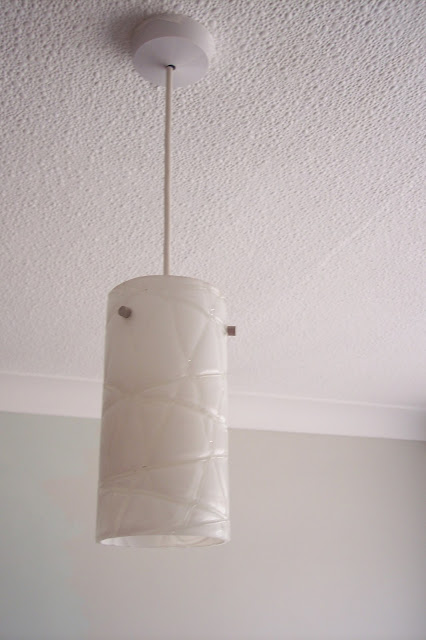 Don't laugh! It was only meant to be temporary and I got it at the flea market. It's actually quite nice white glass and I thought it was a bit retro. But it's not screaming  'Swedish Country Farmhouse' at all is it? So this will be off to the charity shop.

I have 2 lights. Both came from car boot sales. The smaller one, I've had for years. In the loft. The size is probably better than the second but I'm a bit worried it's screaming 'PUB!' more than anything else... 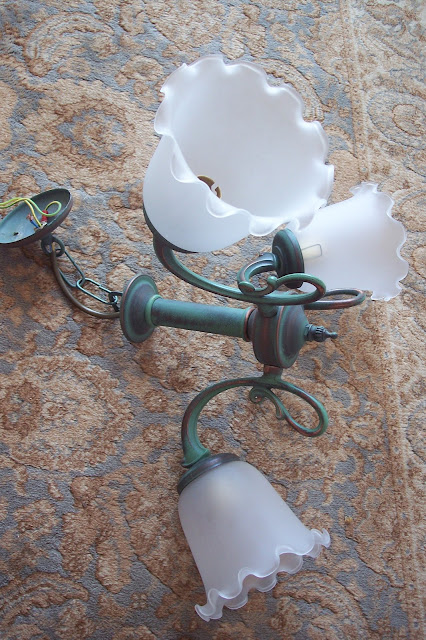 I like the verdigris effect but I doubt it would stay that colour if I used it. 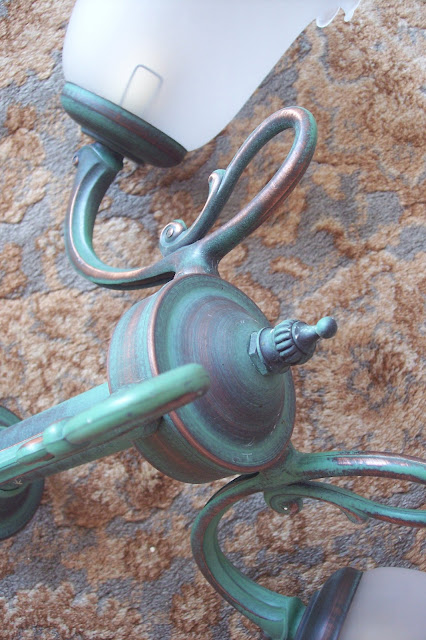 The second is probably too big for the room as we don't have high ceilings but it's not much lower than the white one we have. And I only bang my head on that when the table is out of the room. 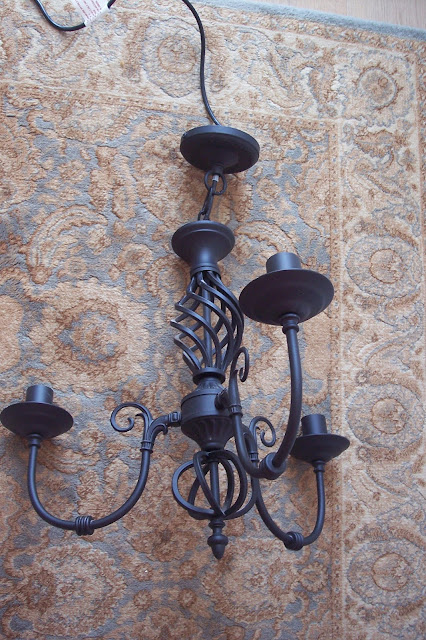 When the table is centred under it, no one can cut their head open.
Now the black is not my thing but I like the shape. It's a chandelier without the bling. And I can cope with bling as much as I can cope with colour. So not at all really. If we had high ceilings I'm sure I could do bling.

I would change the candle sleeves for white ones. Or paint them? Ooh yes, I've just remembered I saw that once. And you can fake the wax drips with glue. That sounds like a fun activity for the hols. 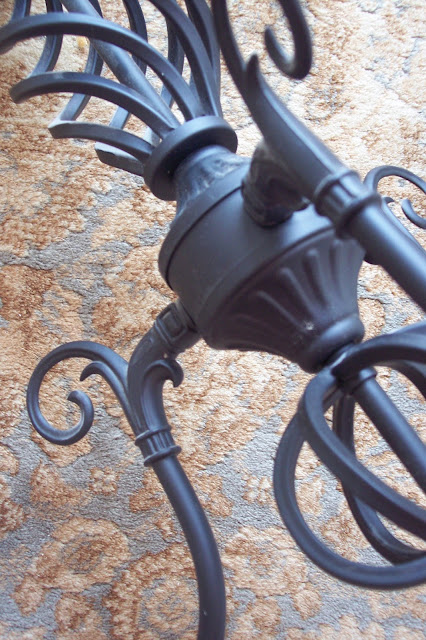 So what about the black?
Well, as luck would have it inspiration has struck me in the form of this little candlestick I got at the boot sale on Sunday.  Only £2. 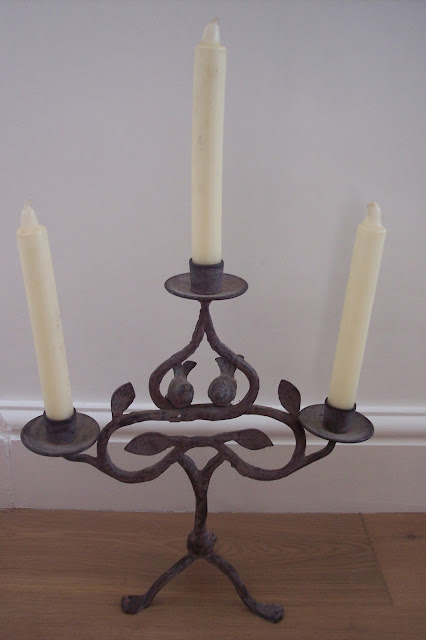 It's a sort of dirty crusty grey. 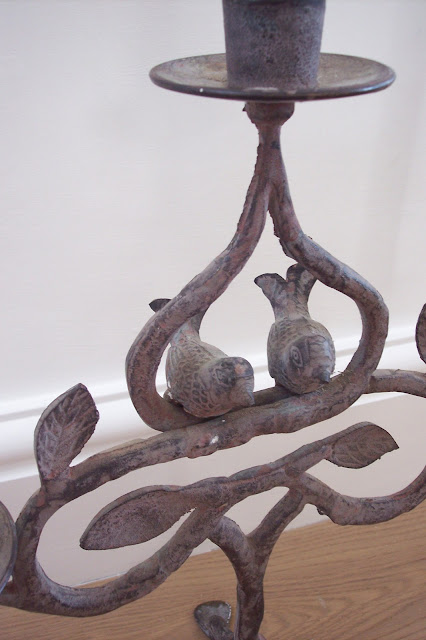 Now this does scream ' Swedish Country Farmhouse' to me. Not that I've ever visited a country farmhouse in Sweden. Or Sweden for that matter. So I could be very wrong. But this is my fantasy dining room (budget allowing) so don't argue.

So if I can get that grey look on the black chandelier we might be onto a winner.

Which would you have?

Posted by Emma Kate at Paint and Style at 21:18