I've been looking for a door for about 18 months. I needed 4 panels all in a row, I needed cheap and local. I've looked on ebay but I just haven't seen anything local enough to avoid mega delivery costs. I didn't want to part with £70.

This is what I want it for:

There are lots of these door headboards on Pinterest. There's no headboard in the master bedroom (my husbands) so I thought this would be perfect. They even did one on Kirsties 'furnish your home for free' tv show. (Not the best we've ever seen though...)

I had to walk to the DIY shop the other day and spotted my perfect door outside someones house. I charged up the path and cheekily asked them if they wanted rid of it. They said if I came back later they might let me have it. They were trying to hang a new door with great difficulty and weren't confident to let the old one go just in case it became a mission impossible.

On my way home from the DIY store I spoke to my husband and accidentally mentioned the door. He hit the roof. He said it was his room and he did not want a door for a headboard. I said I'd been searching for one for so long and this was local and free. He just got louder. I said I NEEDED to do it as a creative outlet. This didn't help. I told him I wasn't asking for his permission and I hung up on him.

Funny thing is, he called me back five minutes later and was being all practical about how we'd get it home. He'd actually googled door headboards and realised I wasn't barking mad. He said he quite liked them!

So we duly turned up later at the house and they let us take the door. They even offered us a lift to get it home. I was too proud to accept. Besides we only had to stagger half a mile with it and it wasn't THAT heavy.

So stagger we did. We crashed into several shrubs but made it home.

I'm sooo thrilled with my free door! Having Jason off my back about it is an added bonus. It's on the backburner for now as it's all kicking off in the dining room and that's my priority right now. But it will be a fabulous headboard between now and Christmas! 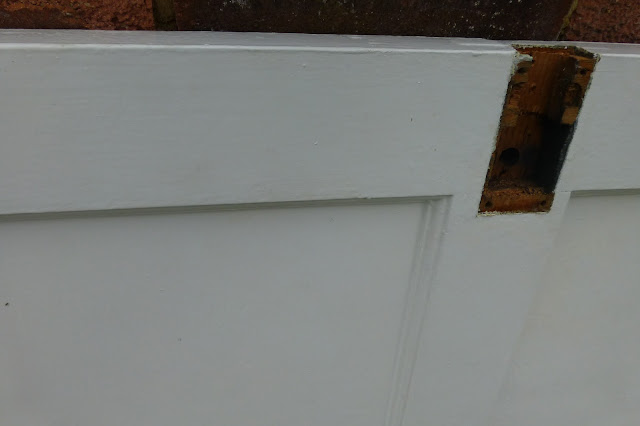 Did you see the lovely Curtises post? Pop over and take a look as she looks utterly fab in the patchwork skirt. It's proof of karma that I got sent the door the same day she got the skirt. 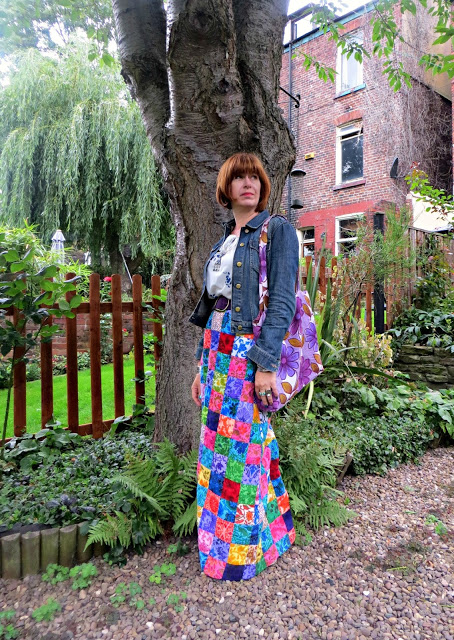 A lottery win is also on my wishlist. Perhaps if I send her some more stuff, that will come my way too?

Have a lovely bank holiday weekend. I'm doing something very exciting (paintwise!) and if it works out I'll show you soon.
The dining room floor goes down on Tuesday. Not a moment too soon!

Posted by Emma Kate at Paint and Style at 15:43