So far, my seven year old daughter hates just about everything I've done to her bedroom. She hates the cupboard doors as they're white. She hates the white walls. We both want to inject some colour but cannot agree on how to do it. 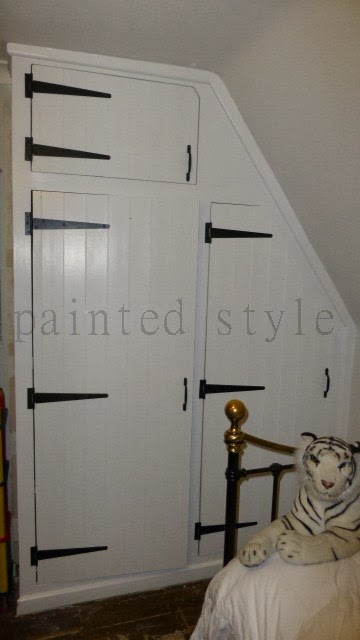 She'd like walls in purple or turquoise. I tell her she should have been born in the seventies.

She'd like a sunshine yellow room. And I start questioning myself. Can she really be mine? Could there have been a mix up in the hospital where I had her?


She has no interest in a vintage farmhouse style bedroom. 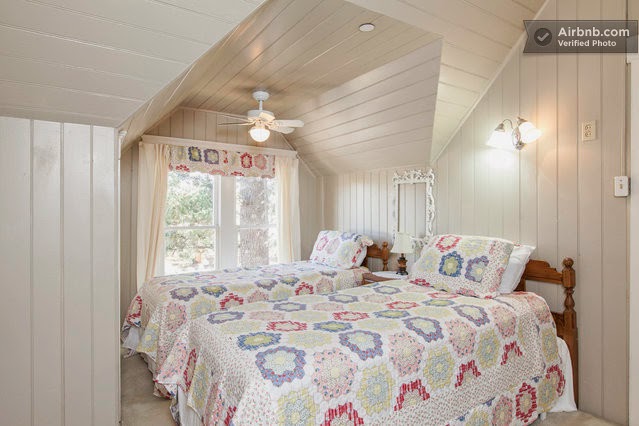 She doesn't believe in pale and interesting. She'd like her furniture to be hot pink. 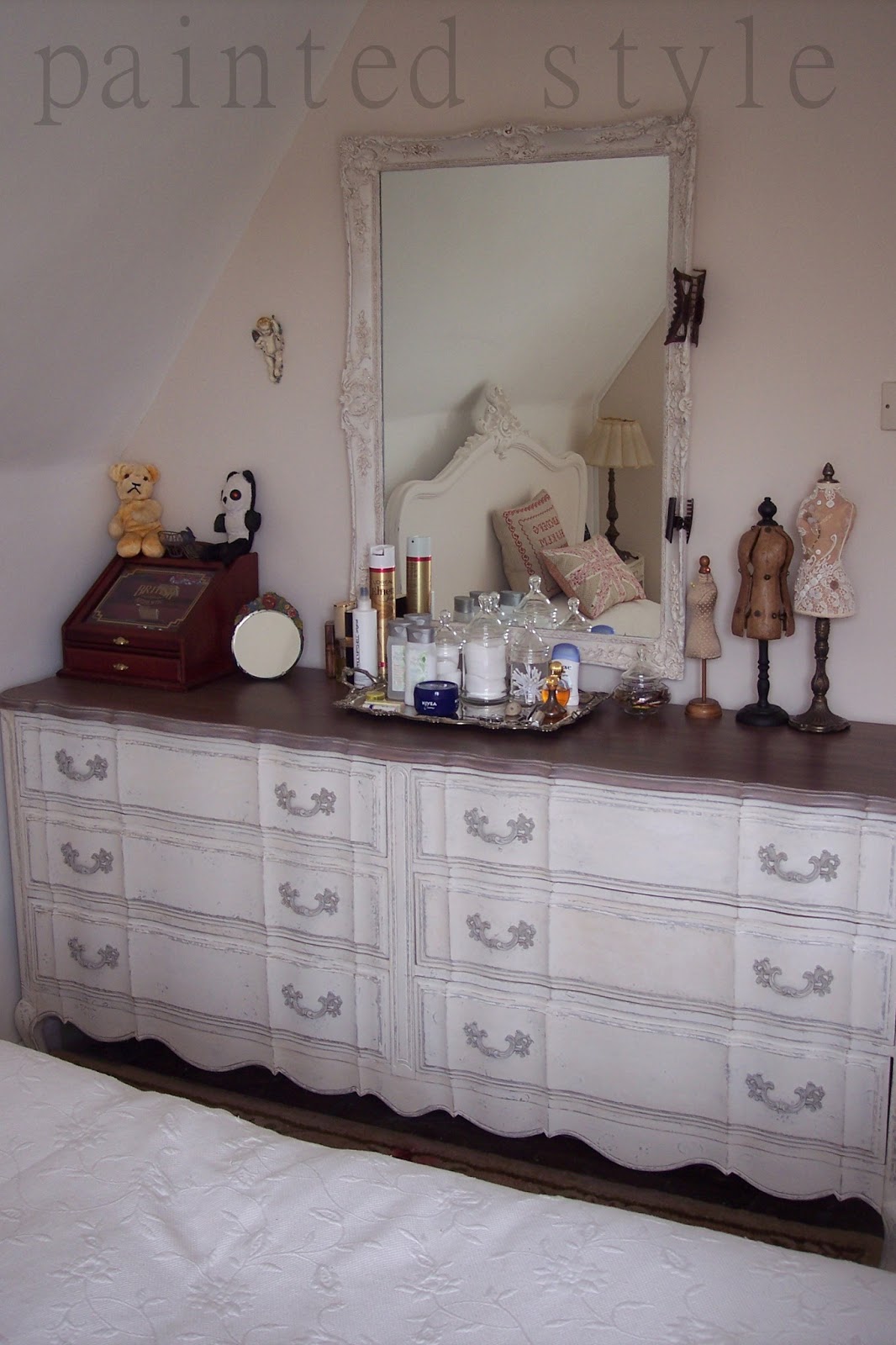 I threaten her. ''Don't you want to have your bedroom in a magazine?''
It seems this is not high on the agenda of a seven year old.

I'm not just being mean. There are some things I cannot compromise on. Colour and decorating being all of those things.

So my poor child is deprived of wild colourschemes. When she has her own place I'll gladly go over and paint it as garishly as she likes. I tell her this. But she's seven. She doesn't ever want to leave home. She's going to stay with us forever and marry daddy.

''What about an ice palace room like the girl in 'Frozen'?'' she says.

Hmm. This means white and cream doesn't it? ''Yes I think we could look into that..'' 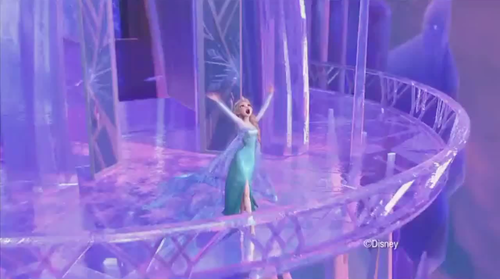 Damn it. It's purple.

''And silver furniture?'' she says.
Well that's grey isn't it? I think we could manage that. Wilkinsons even do a grey paint called 'A touch of silver.' I know it's not what she means but it's not really totally incorrect is it? I'll apologise for misunderstanding her when the furniture is all finished. It'll look so nice she might even like it.

For those of you who think I'm really mean, I HATED my 1930's brown bedroom set as a child. I LONGED to paint it. Replacing it or painting it was out of the question.

It probably made me who I am today!

And I did manage to compromise on one small thing. Her ceiling light is a beautiful vintage glass shade. 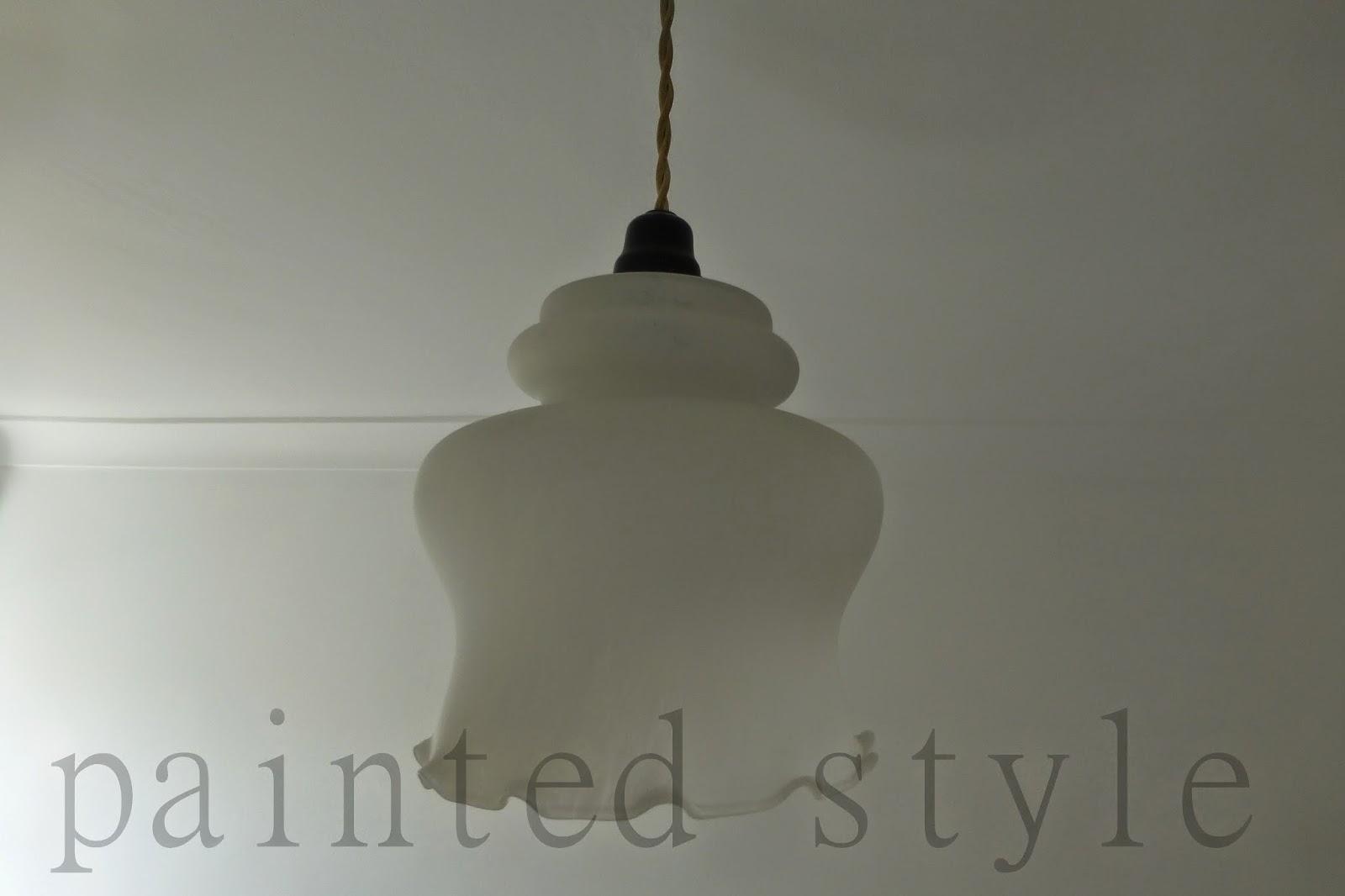 Very farmhousey. She wanted a chandelier. And even though I think it's way over the top in such a simple looking room, and what we had was far better, and I'm allergic to bling, I found one on ebay. It even has icicles. 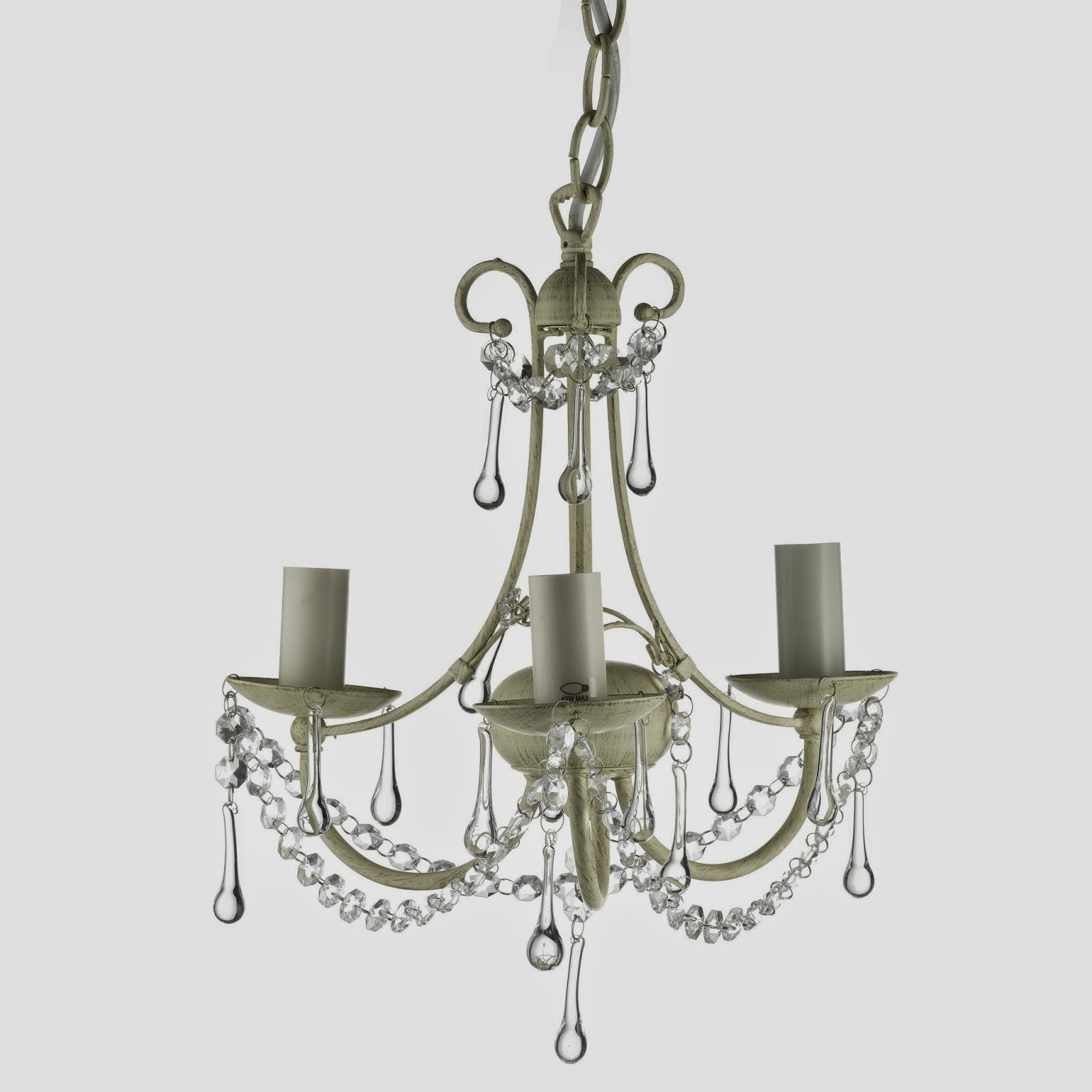 See? I'm mother of the year after all.

Posted by Emma Kate at Paint and Style at 09:04