I've had a bit of a freak accident. It could happen to anyone really. Connie decided she needed an obstacle course in the garden so I quickly rustled one up for her. You know the kind of thing, canes balanced on watering cans as jumps and wooden site pegs laid down as chicanes to zig zag through. Well, I was just demonstrating the order in which it was to be completed, and I jumped the first jump, in my heels, landing on our very uneven lawn and went over on my ankle. Oh my God, the pain!

I spent a good deal of yesterday in A&E and it's not broken. But I can only walk on my heel and I can't drive. Such a drag. I think we can all learn a valuable lesson from this episode about hurdling in heels. Please send your healing vibes my way so I don't miss the flea market on Friday!

Explaining how it happened to the hospital staff was slightly embarrassing. I get the feeling they don't see too many 43 year old women who show jump around their gardens of a weekend.

Fortunately, I didn't cripple myself until Sunday evening, meaning I didn't miss the boot sale in the morning. It was a stonker.

Look who came home with me! Isn't she fab? Look at those lashes! 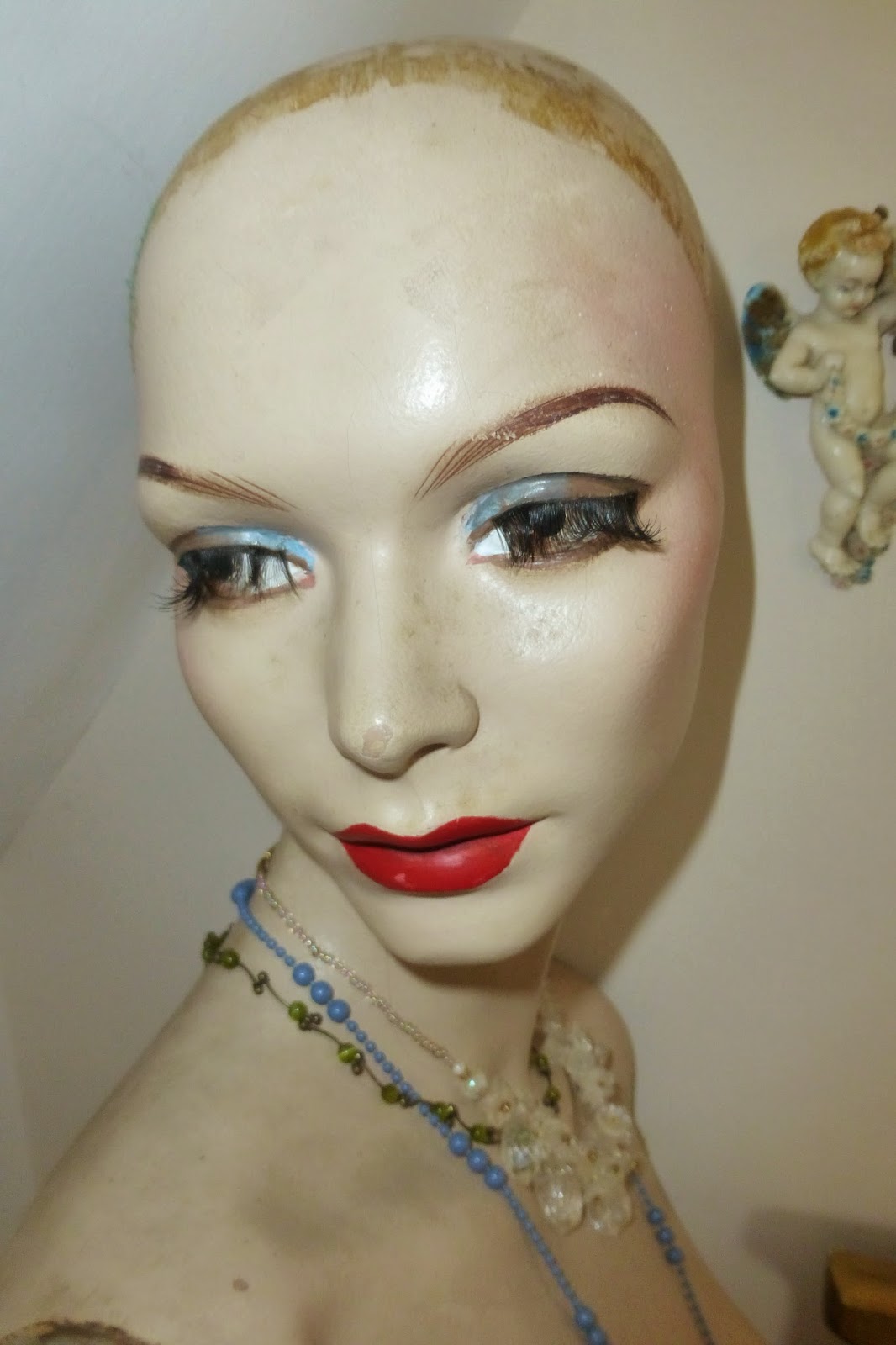 Obviously she will make a very useful necklace holder. Or a hat stand. I may start wearing hats. Or a wig display unit. Just in case.

I also found this BEAUTIFUL quilted table runner for £1.50. It's immaculate. I love whole cloth quilting so this is right up my street and will be perfect for when I re build my dining table with a scaffold board top. 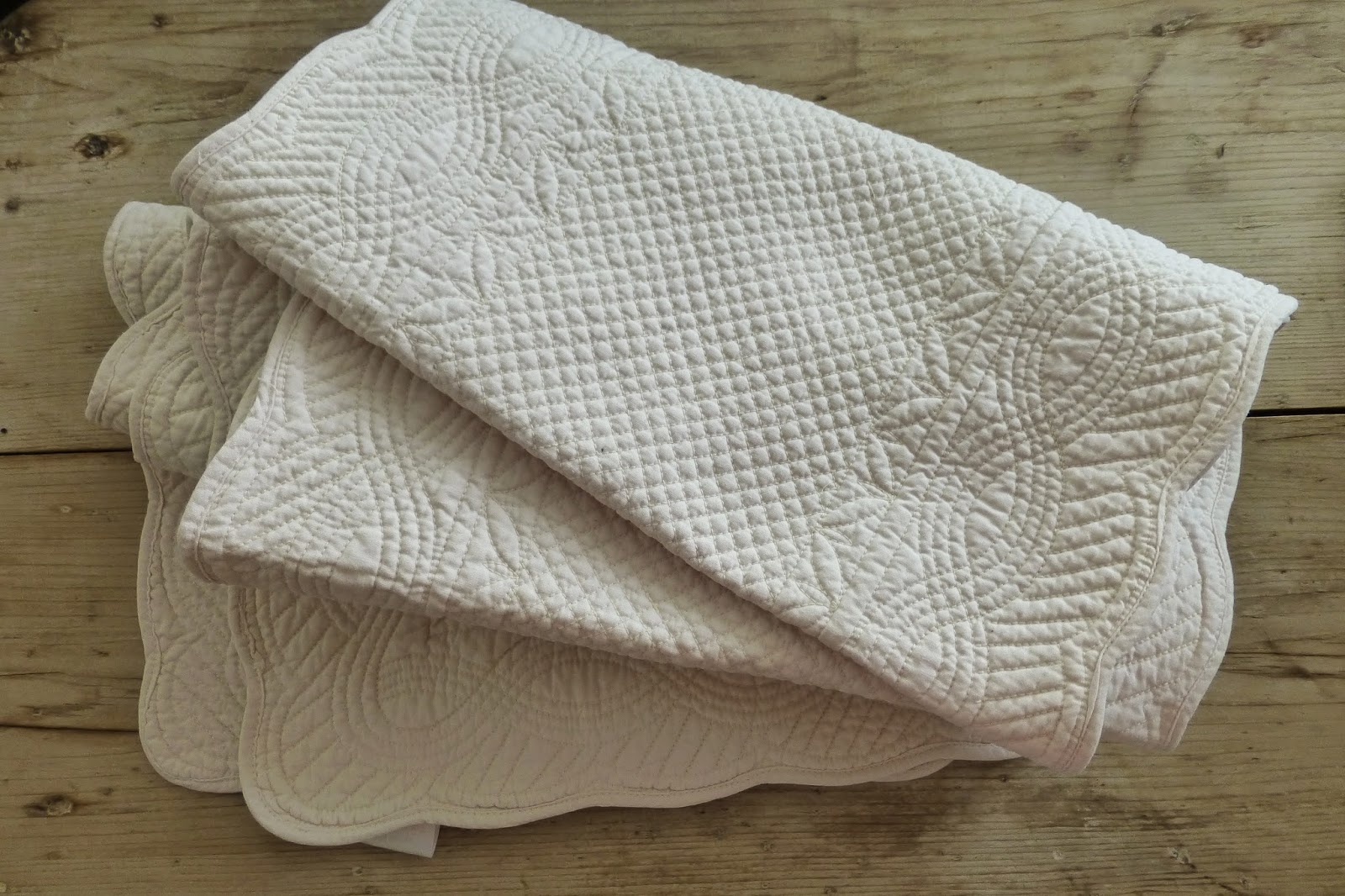 Fridays flea was also a good 'un. I collect these plates and found a few more from the £2 man. I don't see them very often and never that cheap. My Grandad had these plates. They're very large and deep and great for roast dinners when your plate is piled high with vegetables. 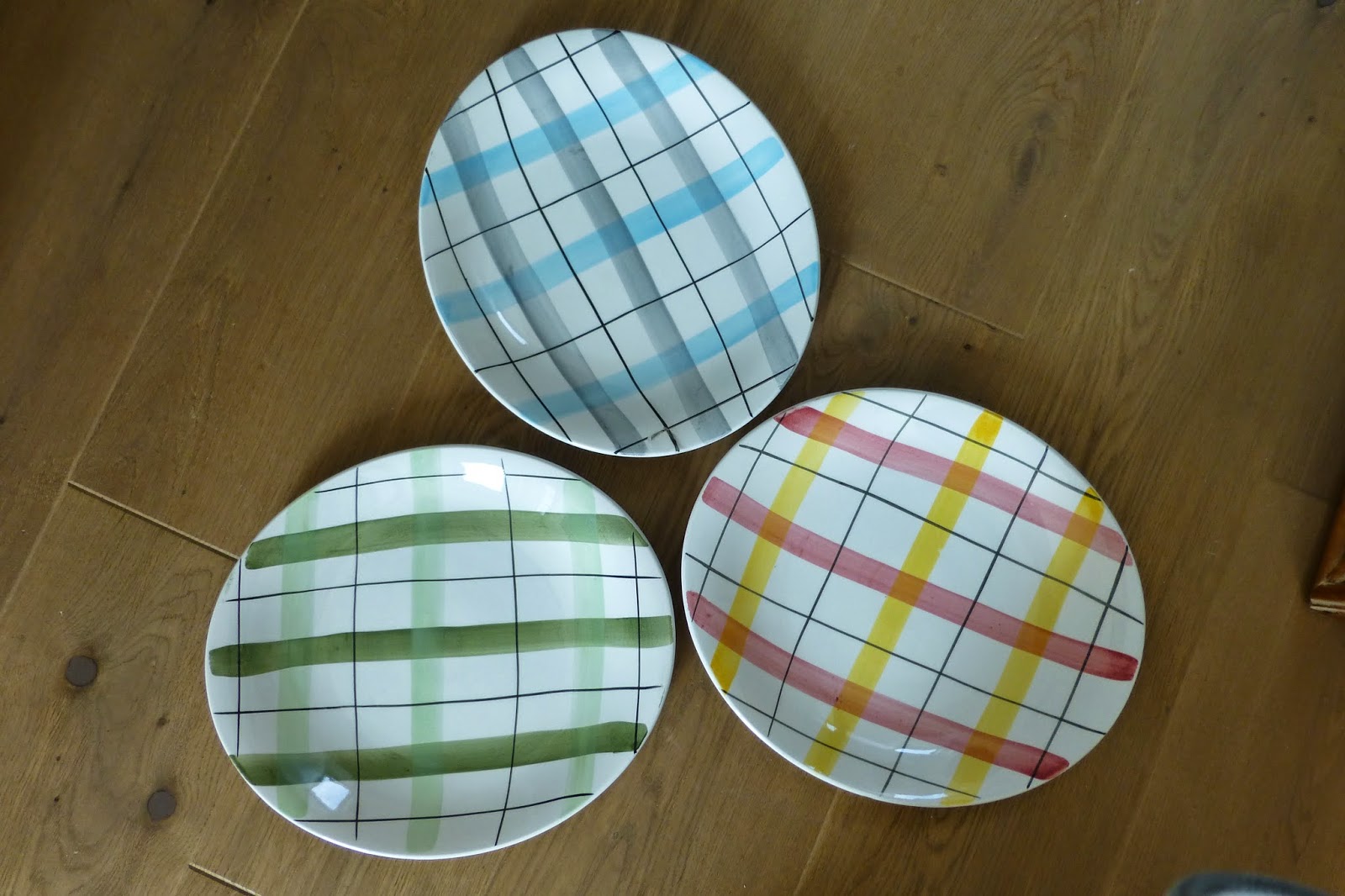 Obviously I can't keep buying stuff without things leaving the house. I'm like an antiques dealer in that the new old stuff comes in and the old old stuff goes out. We're hoping to have a car boot sale at the weekend to get rid of a lot of the old old stuff. Actually I think we need to have one a week all summer long!

I'm still waiting on wallpaper samples from your4walls a staggering two weeks after I placed my order. I got an email the next day to say it had been dispatched and now they're saying it hasn't even been printed as the wallpaper printer is broken! Very frustrating. It's not just me who's out of order. I want at least half the kitchen finished before our parties happen in a few weeks!

Posted by Emma Kate at Paint and Style at 10:37