Thrifty and not so thrifty telly...

Here's my round up of my favourite interiors/style TV shows at the moment.

I mentioned this briefly before but Channel 4's The Auction House really is unmissable. Anyone who's ever won things on eBay or anyone with a passion for secondhand will love this. Okay, the items in question are worth hundreds or thousands rather than the few quid that you and I like to pay in charity shops, but the auction house in question is in the heart of Chelsea, and the regulars at Lots Rd are the super rich of London. 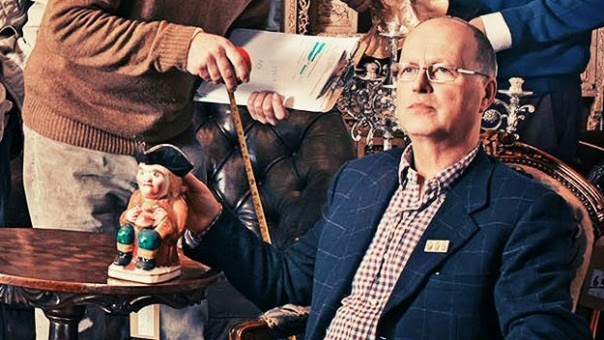 The buyers can get hooked on bidding and sometimes make expensive mistakes. Whereas we might stuff up and lose a few quid on a duff buy, these people can lose thousands, buying and re selling their items. You'll get to see inside some amazing houses as the programme makers follow buyers home.

The auction rooms are run by an eccentric bunch. As Roger the owner says, ''When I think of the characters that work for me here, I would say that they're bunch of odd balls and we're like a dysfunctional family.'' God, I'd love to work there!
Everyone who works at Lots Rd seems to have a problem with Roger. ''He's the most stubborn and demanding boss in Chelsea.'' His workers don't mind sharing this on camera! I wonder if heads have rolled because of this show.
I do hope the gamble has paid off and that people are heading to the auction rooms in their droves. If I still lived in London, I'd be there!

Oh, and I did google the whale scrotum stools. I won't spoil the surprise! Catch up on 4od.

Next up, a welcome return to our screens for Linda Barker. She's made a new series for Channel 5 called Brand New House for 5K. 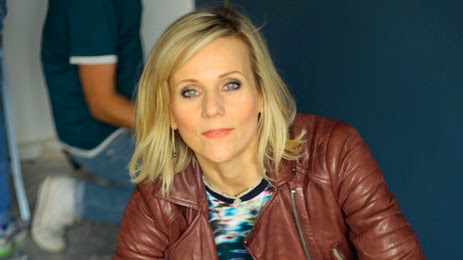 The featured families hand over 5K and get their homes tarted up, learning some nifty DIY tricks along the way.
Linda is looking incredibly hot these days. And things haven't changed since her days on Changing Rooms, you might not love everything she does but it's certainly not magnolia.

Last of all, did you see This Old Thing: The Vintage Clothes Show ? 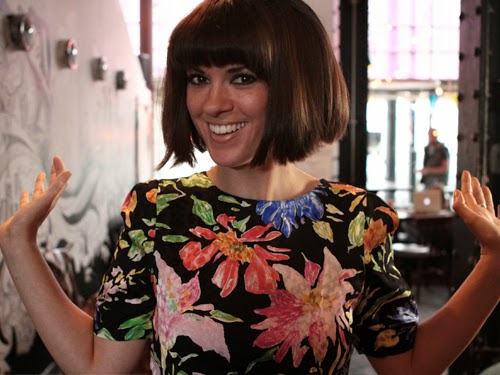 Presented by the stunning Dawn O'Porter, who's on a mission to introduce the nation to vintage, it's certainly worth a watch. It seams there are people out there that think vintage clothing smells like dead people! Dawn attempts to convert them with her workshop and team of expert tailors.
But instead of hiring a seamstress to alter our ill fitting vintage, I think we're all rather more likely to have a bash ourselves. On a second hand sewing machine, naturally. But she's probably preaching to the converted here, right?

Enjoy a rainy day indoors checking out these shows if you missed them. Speaking of rain, Vix has been in my thoughts all weekend as she's at Glastonbury and it hasn't been a great year for the weather. I wouldn't have minded seeing Metallica there but I don't think it'd top seeing them play at the Marquee in London many years ago and being right at the front. (James Hetfield gave me a can of beer after the show! He said it was shit. Obviously I fell madly in love with him.)
I've not seen any of the TV footage of Glastonbury yet, so perhaps I'll spend my afternoon watching that as I work through a pile of ironing. Rock n roll...