The dining room is the next big project on the agenda.
Here's a before shot: 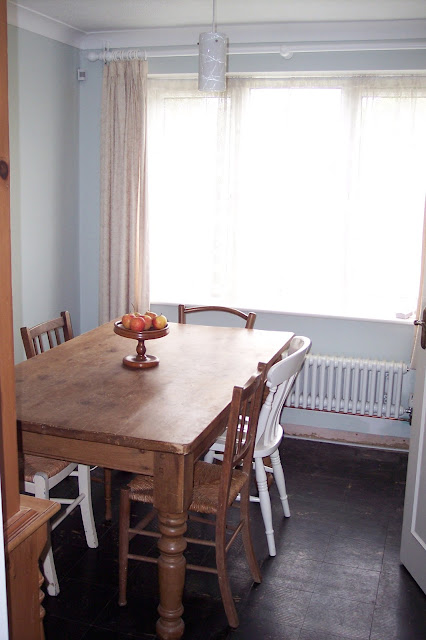 (when I say 'before', I have already removed the metal curtain track and put up the pole, painted the orange smoke stained ceiling white, stripped the lumpy wallpaper and smoothed over the walls, we also replaced the window and the radiator...)

See how the table is not centred in the room?  The light is in the centre.
This is because there was a door in a very stupid place. If we moved the table to the centre of the room you wouldn't be able to close the door. But we have never once closed the door in all the years we have been here. So, I've removed the door.

The room feels so much bigger! You can see three walls now from this angle. The table is centred. There is space around the table. I've filled the hinge holes in the door frame so it's now an opening rather than a door frame.

The floor is covered in disgusting black tiles that were lurking under a dated green carpet. The wood floor is ready to be layed.

I'm going to paint the table legs and this is the colour scheme I'm leaning towards: All three together! The table top is wonderful as it is. It's chunky, worn and warped. 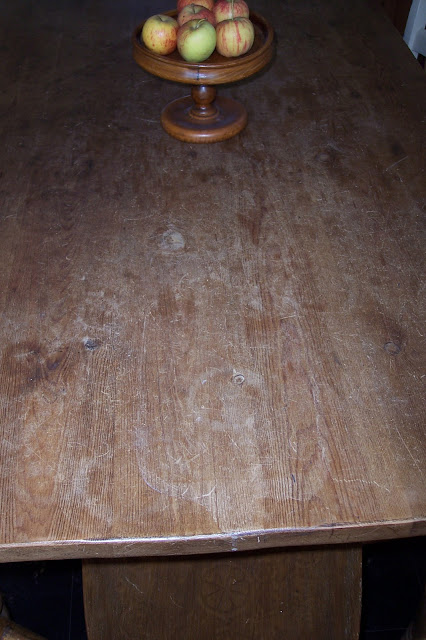 I don't want anything too precious. I'm going for a rustic farmhouse look.

Speaking of not being too precious, I've been looking for a rug to go under the dining table. It'll add a bit of warmth to the room and alter the acoustics in there what with wooden floor and all wooden furniture. The flooring we have is a pale oak that is oiled, not lacquered. It shows grease marks from food that falls on it. It probably wouldn't be noticeable if we had a darker colour but it drives me mad. So another reason for needing a rug.

I like good quality and natural fibres but I didn't want to pay a fortune for a huge wool rug that will end up with bolognaise stains. So I kept my eyes peeled for a damaged rug. I saw a huge pale blue oriental rug at the flea market one day. It was £5 as it was bald in the middle. I regretted not buying it. It would have been perfect.

Some months later, I saw this one: 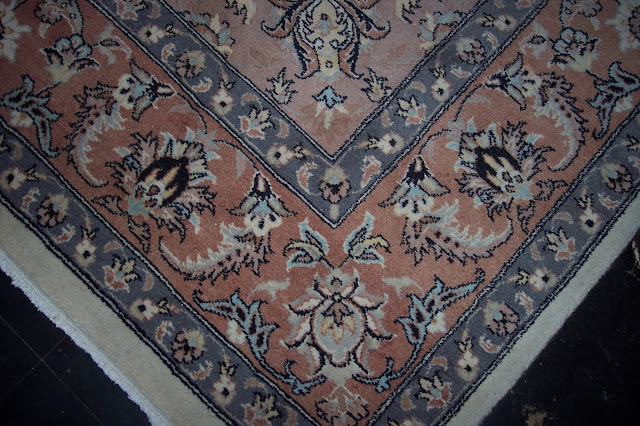 It's large, clean, pale, pure wool and the best quality. It has been eaten to death by moths. My husband didn't get it. He said we could spend a few hundred on a new rug. That wasn't the point. I didn't want a new rug that I would get stressed about if food fell on it or the cats scratched it. He doesn't like me stressing, so he caved and we got the rug. It was £30 so I get an expensive looking glamorous rug that is damaged and perfect to drop food on. Yay! You know it makes sense don't you?

Anyway, I spent ages steaming it to kill any remaining bugs. Then it went out in the sun for a day as that works too apparently. I haven't seen any moths yet...

The curtains will be replaced with floor skimming ones. I got some at a boot sale still in their packet for £5. The walls will probably go neutral as I'm using colour on the furniture.

The other end of the room has this pine dresser/ bookcase which will be painted: 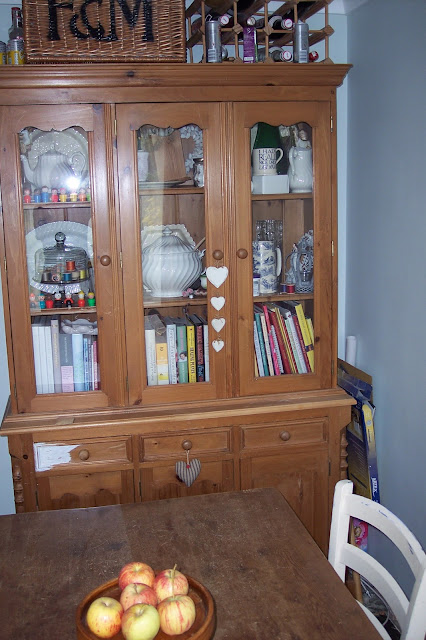 ...perhaps the same way as the table legs.

Then there's this window: 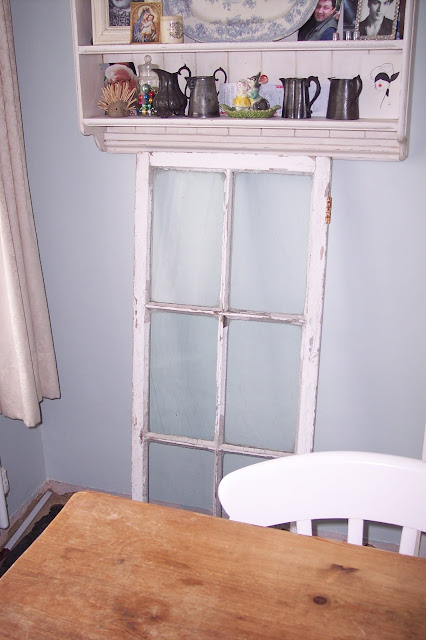 ...which will go on the wall above it and that shelf will go elsewhere. I'm going to do something to it... not entirely sure what yet.

And I found a plate rack, just what I was after, with the bars so people can't knock the plates off...useful in a small room. 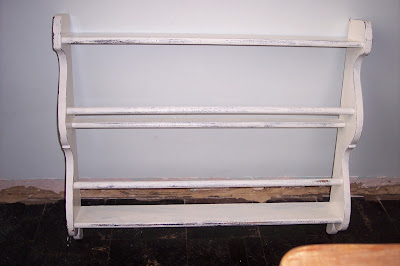 It's had a bad paint job (not by me) but I can rectify that. It came from eBay. (As did the dresser and the table.)

The light will be changed and I think there's something in the loft I can use. It'll be so nice to have a light centred over the table and it means it can go a bit lower. That's good as we don't have high ceilings.

So that's the plan! Subject to change. The use of colour on the legs is scary, but I don't want everything to be white. (I think.) I'm going to try colour anyway. I can always go over it. And probably will. I'm slightly colourphobic. If that's a thing.
I've got my work cut out for me with all of this. First step: flooring. Obviously we get a man in for that as it's done in a day and perfect. I'd take six weeks and it wouldn't be perfect. Some things are worth paying extra for!

Oh and Sports Day? I'd been talking to the school, talking to Constance, not knowing what to do for the best, all totally upsetting. She didn't do the long distance as that was optional for the whole school. Which is nice. But she did fine in the race she ran. So we are not ever having that conversation again. It's not just her, there's a huge range of non athletic kids, and it's right that they all do their best. I entered the mums race and came last on purpose as a shining example of ''who cares?''
I waved and blew kisses to Constance as I ran by. Apparently if you really embarrass your children they actually beg you not to run next time.
Bring it on.
Posted by Emma Kate at Paint and Style at 21:56