I finished the chest of drawers late last night. I hate it. I have to do it again today. It's slightly depressing. As if it weren't bad enough, having to have ALL of ones summer clothing out alongside the winter clothing because it's so cold, I have nowhere to put ANYTHING! There are piles all over the upstairs and my husband and daughter are getting fed up with me.

I'm getting fed up with me too.

So, on a different subject, I bought an old picture frame from a charity shop. I thought it would be nice if my six year old painted me a picture for my future gallery wall. The frame I found was a few quid from Oxfam. It's been painted in the past and that's fine. The glass has little air bubbles in it so it's very old. 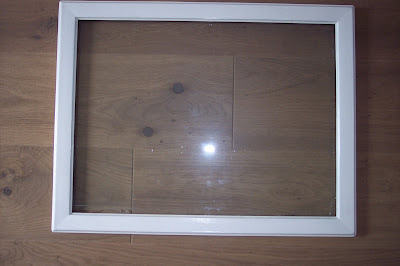 On the back someone had stuck some old wallpaper. I guess to keep thunder bugs out. That excited me!  So I took it home and carefully steamed it off, ignoring my husband saying, ''What are you DOING? It's RUBBISH! Who would want that?'' 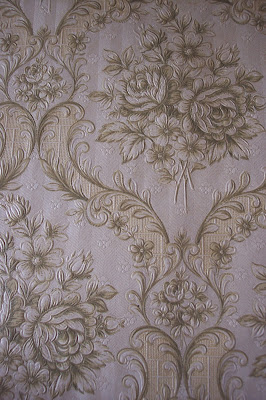 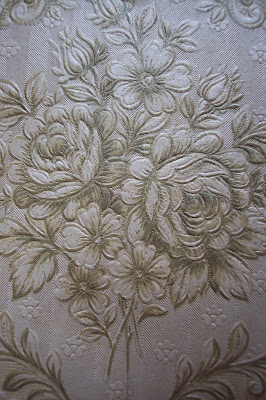 Here's where it got exciting. Under that wallpaper was another wallpaper. 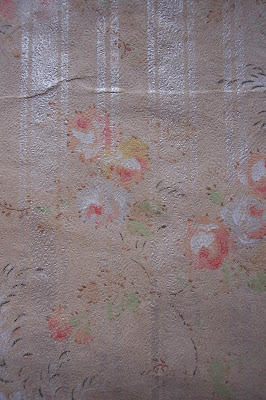 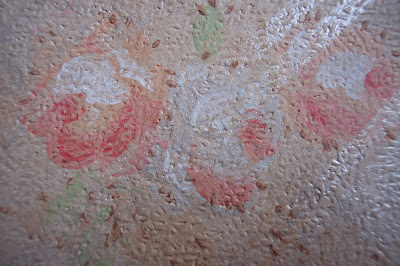 And underneath that, was another wallpaper... 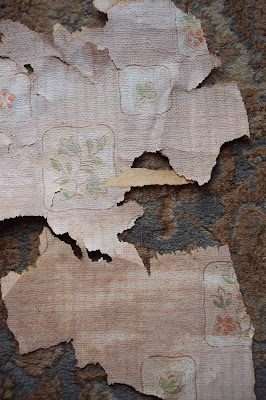 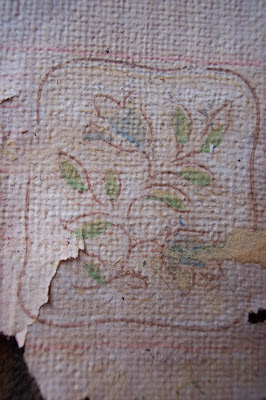 And under that wallpaper was another one. Probably the nicest one of all but sadly, very brittle and hard to get a big piece. 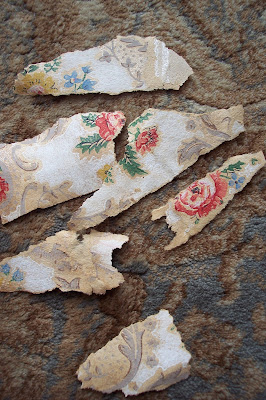 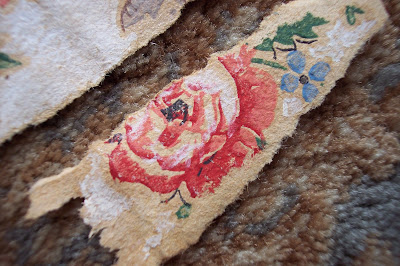 It felt a bit like pass the parcel. I like to think of someone changing their picture every now and then and re-wallpapering the back every time with leftovers of whatever was in fashion at the time. Make do and mend, indeed!

The two largest pieces are being saved for the wallpaper wall.

Right! Enough fannying around. There's work to be done...

Posted by Emma Kate at Paint and Style at 09:33